Champion Tree Care, LLC is a small family business specializing in exceptional fine pruning and low-impact tree removals. We are a Full Service Tree Care Company based in Everett, WA. We can prune or remove any size tree; from 150-ft Douglas-firs to 100 year old apple trees. We also do stump grinding, and tree planting for tree's we have removed. We have a crane we can use for removals, moving logs and transplanting large trees. Because we are an Everett, Washington company, we prefer to cover North King County and all of Snohomish County. We do travel farther for urgent situations, cases where no one else can remove or prune a tree and during storm emergencies. We serve Residential, Commercial, and Industrial Properties. We frequently work with Home Owner Associations and Property Managers to care for their trees. Call Champion Tree Care, LLC to find out more about the following services: 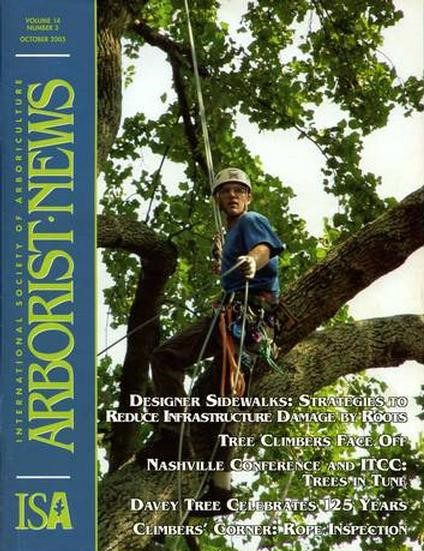 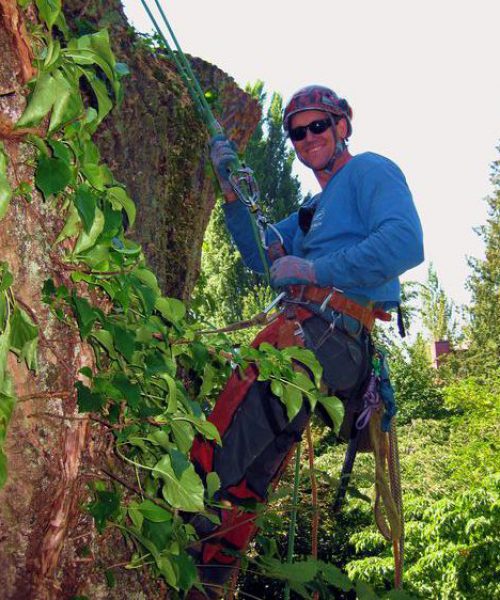 Dan Kraus has been climbing in, working with, and learning about trees for over 30 years. Dan is a second-generation arborist, beginning in 1984 he started working for his fathers tree care company on the Big Island of Hawaii. Climbing, pruning and removing trees to pay for his colllege education. He has been an ISA Certified Arborist since 1994. Dan competed at tree climbing competitions for years and won the International title in 2005. He entered his first tree climbing competition on Oahu in 1992. Being an athlete his whole life and loving tree work he decided that arborist tree climbing competitions were going to be his new sport. He won the Hawaii state championships six years in a row. After winning the Western Chapter Championships in California he qualified to compete at the World Championships in Birmingham, England, where he took first place in the preliminaries at his first International event. Since moving to the PNW, he has won the PNW chapter championships13 times, and made it to the world championship finals 8 times. Dan has climbed trees all over the world applying his skills towards hurricane restoration work in Louisiana and Mississippi after Hurricane Katrina, canopy research in Oregon and California, educational climbing in Australia, and hazard reduction pruning in Hong Kong. Dan was presented the Award of Merit from the PNW Chapter of the International Society of Aroriculture in 2008. Dan met his now wife Justina at a Arborist conference in 1997, He moved to the PNW to be with her in 1998. They both share a deep attraction to the trees and now run their tree care company together. Dan also has a Cat in a Tree Rescue service, helping rescue stranded cats that have been stuck in trees for days. He has rescued over 1000 cats to date. Whether your job is large or small, Dan brings his years of experience climbing and pruning trees to every job.

Justina is an International Society of Arboriculture (ISA) Certified Arborist and Certified Tree Risk Assessor. A Seattle native, Justina Kraus fell in love with trees and Douglas-fir forests at a young age. She wanted to get a job working with plants so she earned an Associate of Science in Environmental Horticulture from Lake Washington Technical College (1998) in Kirkland, WA. It was during this time that Justina attended a seminar by Dr. Alex Shigo, father of Modern Arboriculture. From then on, she has wanted to be an Arborist and Scientist. It was also during this time that Justina met husband and partner Dan Kraus at a tree conference. Justina worked on a tree crew for a tree care company pruning and planting trees from 1997-99. She then wished to continue her education learning more about how individual Urban Trees fit into the larger Urban Forest and all change through time. She graduated with distinction from the University of Washington with a Bachelor Degree in Conservation Forestry and Wildlife Science (2005), and a Master Degree in Urban Forest Ecology (2009). Since graduating, Justina has worked as an Office Manager, Consulting Arborist and Tree Work Estimator. She can help you determine whether or not your project needs permitting. And if it does, help you with the process to apply for the permit(s). 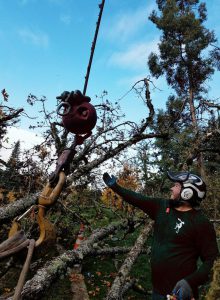 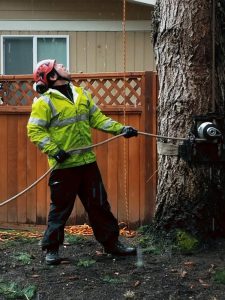